Some entrepreneurs know exactly what to do. I am an expert on what not to do. Luckily, failure is a much better teacher than success.

This is what my failed business attempts taught me:

1. People buy into you and not just your product

My first attempt at being an entrepreneur was at the mere age of 8. While my hardworking parents took their well-deserved Sunday afternoon naps I would commandeer my 5-year-old sister to help me sell some of our parents’ possessions to our neighbours.

As I got older, I realised that our friendly neighbours were in on the game and clearly did not take my business all too seriously. They mostly returned the items later in the afternoon, explaining that the product was not really something that they needed, but that I should nonetheless keep the R5 I charged them for my mother’s kettle.

Clearly, despite the efforts of an adamant 8-year-old and his cute, but less enthusiastic 5-year-old sister, this was not a sustainable business plan. I will, however, never forget that people were willing to part with their money – not because they wanted what I sold, but because as humans we love to see someone try. Whether you’re 8 or 80, enthusiasm is contagious.

During my 5 years of high school, I ran a semi-successful screen printing business from the garage. Although I loved the thought of finally calling myself an entrepreneur, I hated every second of my venture. The weekends spent buried under heaps of T-shirts did not allow for much time to improve my reputation as the school nerd.

Freedom came two-fold on the day I received my matric results – not only could I leave the confines of high school, it was also the last day I ever printed a T-shirt. Fast-forward a few years ahead, and suddenly nerds are cool but waiting tables, not so much.

Before you quit anything, make sure that you are not closer to success than you think. We live in a world where everyone wants to do what they love, but sometimes it takes something you hate to teach you not to quit while you’re ahead. 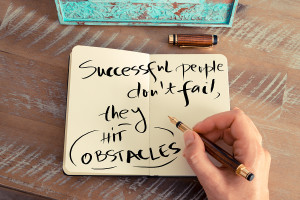 3. Sometimes it is the business, not you

Surprisingly, some of my juvenile business ideas were also some of my smarter ones. The adult version of me thought it well to start a recycling business, cultivate herb plants, start a “designer” cupcake business, step into the lure of some MLMs (aka referral marketing schemes), and even run a tuckshop from my office at work.

Every time a business failed, I started to doubt my ability as an entrepreneur. At times I cursed the fact that I had no trust fund to sustain my start-ups. It took some deep introspection and a night of reminiscing through some old business cards to realise that some businesses simply didn’t work because they were based on bad ideas. Just because a business failed, it does not mean you failed.

4. Don’t worry about what people think

When my friends and I decided to start the Counting Coins website, I feared the degree of honesty that would be required to run the site. We were starting a website that dealt with living life on an absolute budget. Would this mean that I had to open up about my own financial failures and concerns?

In the end, I had to decide which I wanted more: success, or having people believe I am something that I’m not. I went with the former and haven’t looked back since. It seems like it pays to stay true to who you are.