In the age of social media, memes are a dime a dozen. However, one South African startup has rewritten the book on tapping into local culture, and starting a successful business as a result.

We spoke to the page administrator of Vannie Kaap about using the unique traits of local culture to establish a homegrown brand that is even making waves abroad.

What was the driving force behind Vannie Kaap? How did you come up with the idea, and when did you start?

Vannie Kaap officially started a year and a half ago. Before that, it was a community page focusing on the lives of people in Manenberg (where I grew up… and survived).

I wasn’t really focused on growing the page initially, I was happy to use it as a nostalgic platform for current and former residents. I was the second admin for the group, after the original admin handed it over to focus on other things.

I then noticed that when I spent more time on it and started uploading quality and well-researched posts, the number of post shares and new followers increased. In fact, it was during this stage that the page grew from a few hundred to 3000.

In realising the potential, I knew I would very soon reach the peak that I could possibly reach for one area, so I made the decision to transition the page to the rest of the Cape Flats by removing the name ‘Manenberg’, and replacing it with ‘Cape Flats’. Focus also moved away from just nostalgic posts as I tapped into my design experience and started posting memes -being a class clown for most of my schooling now began to pay off.

This pivot helped grow the page to an astonishing 10 000 followers, while still pushing quality and humorous posts. So it never started as Vannie Kaap, I was just in the right group at the right time, when the admin announced he was moving on to greener pastures. So I had a choice: take the few hundred followers and enjoy a lovely little hobby, or take the few hundred followers and start a blerrie movement!
(Please insert dramatic background music with that last sentence.)

When looking at your memes and the merchandise that you sell, it’s clear that there is a definite focus on South African, and specifically Capetonian Coloured culture and all its characteristics. However, you have drawn in fans from right across the board, crossing cultural boundaries with humour that many South Africans can relate to. Do you think that businesses or organisations that tap into local culture have a greater chance of being successful in South Africa? Is humour key?

Not necessarily. From my own social background, I learnt that there are two types of Coloureds. One group who will predominantly seek products and services that are authentically South African or Capetonian, but then there is another group whose consumer habits and buying trust lean more towards products or brands that come from overseas. So, as a business you either find the elusive balance or you decide to zoom in more on a Euro-/Western-centric approach, or you completely live out the phrase ‘Local is Lekker’.

Regarding humour: it definitely was the catalyst in the viral growth of Vannie Kaap, however there are other areas that are just as important. Yes, use humour, quirkiness, philosophical quotes or celebrity endorsement and so on as your base for growth, but it has to be coupled with one key factor: QUALITY! Whatever your service or product may be, if it comes across as ‘Majat’ (the Coloured term for bad quality, or fake), then your humour or deep Mandela-like quotes mean nothing. Presentation matters.

There are many other areas that also matter, like understanding and engaging with your consumers, using the latest tech innovations, staying relevant, among others, but start with quality and build on that. 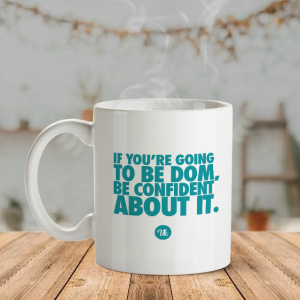 Was the plan to expand into selling merchandise, or did that happen naturally as the brand became more established?

As the brand became more established, the plan was to expand into some form of monetisation. Whether that was merchandise or sponsored ads, it didn’t really matter. I just knew that to grow the page and brand beyond what it was, it would take more of my time, and time is expensive when you’re not getting remunerated for it.

The fact that I am a self-taught graphic designer meant that I could use my skills somehow in monetising the page. T-shirts made sense, so the merchandise started with exactly that, and then expanded to other products later. Yes, I’m still bootstrapping, but at least for now I can koep ‘n hele wit brood, instead of just a halwe bruin brood. #TheStruggleIsReal

Tell us more about the Vannie Kaap Android app.

The app was really just a side-project of mine in practising my web- and app design abilities. It was good to see the downloads, and to hear that many actually depend on the app, as they may at times miss certain posts, or some may not even have Facebook accounts. Also, quite a few expats use it for the radio feature to listen in on Cape Town radio stations. I am currently working on a big upgrade to the app.

With more than 100 000 likes on Facebook and almost 15 000 followers on Instagram, it seems that social media has been an integral part of the growth and development of Vannie Kaap. How important is a unique voice when marketing a brand on social media?

Without a doubt, social media has played a major role in the growth of the Vannie Kaap brand, so baie dankie, Mr. Mark Zuckerberg (or ‘Makes’, as we would call him in the Cape Flats).

I have learnt through experience that a unique voice does play a big role today. The trust factor increases, engagement becomes the norm and users have someone that they can – to some degree – relate to. It’s a part of branding that has been there for many years, but social media has reached a point now where it is almost expected from certain brands. And, as has been proven by the Vannie Kaap page, they don’t even have to see your face for it to be effective.

While the Vannie Kaap Facebook page and Instagram account focus predominantly on memes and merchandise, your website also provides a platform for aspiring writers and highlights individual success stories from the Cape. How did you progress from entertaining people, to being a vehicle for social upliftment and empowerment? How important is community involvement and corporate social responsibility to a business or organisation that is relatively new?

The website was a must, right from the first post that went viral, due to the fact that the first viral posts reached South Africans from every spectrum and location. You see, Coloureds – at least to me – have historically been seen as ‘not white enough, or not black enough’, but our uniqueness has always made us interesting enough. The website was an opportunity to go beyond a one-sentence meme, to entire articles that can help Coloureds identify more with their own culture and help other cultures learn more about us Coloureds and our colourful history.

Community involvement and corporate social responsibility may not necessarily be a must for every business, but in South Africa – with our painful past and current struggles – it does seem to play an important role. There is great hope for the future of South Africa, and it’s up to everyone -including startups – to play their part in contributing to that future.

Vannie Kaap started as a platform for Manenberg, then evolved into a voice for the Cape Flats, then became applicable for all of Cape Town, and now it has grown into a brand for all South Africans. This is the uniqueness of this country: whether you’re James vannie Constantia, Igshaan vannie Mitchell’s Plain, Mariekie vannie Bredasdorp or Lerato vannie Soweto, we can all relate to each other somehow.
(This will of course be my opening speech when I become mayor of Cape Town one day) :)

In the unlikely case that you haven’t seen (and laughed at) at least one of Vannie Kaap’s posts in the past few months, visit the Vannie Kaap Facebook page, and follow Vannie Kaap on Instagram.