Remember that amazing movie in which Will Smith portrayed a single, homeless father trying to take care of his son while pursuing a career as a stockbroker?

Chris Gardner is the man on whose life this movie, The Pursuit of Happyness, is based.

Today Gardner is a multimillionaire and motivational speaker, living and breathing his passion: helping others to fulfil their potential.

He also ran his own brokerage firm for 25 years. Not too shabby for someone without a college degree. However, it wasn’t always like this.

To say Gardner came from humble beginnings is an understatement. During his childhood he faced illiteracy, poverty and sexual abuse. Growing up, Gardner never knew his father, and lived with his mother. He also lived in foster homes and with different family members while his mother was in jail for trying to kill his abusive stepfather.

Despite this adversity, he refused to give up, knowing that he was meant for greatness. Gardner says he owes this fighting spirit to his mother.

After high school he joined the Navy, and then became a medical research associate in San Francisco. I won’t go into his role in the medical projects he was involved in, or his personal life during this stage, but do read up on it sometime.

Gardner became fascinated with the world of finance in the early 1980s, and applied for training programmes at brokerages. He was willing to get by on nothing while learning this new trade.

He started an internship at Dean Witter Reynolds, but couldn’t afford a place to live on the meagre earnings. For a year he lived wherever he could find shelter, be it in a public bathroom or church. What makes this even more incredible is that he had his two-year-old son with him.

Although it was hard, he says he never considered not having his son with him. Because of his father’s absence, he decided as a young man that, should he have children, they would know who their father was, and that he was there.

And he made it. Gardner made it through the internship, eventually started his own firm, and today is worth millions. 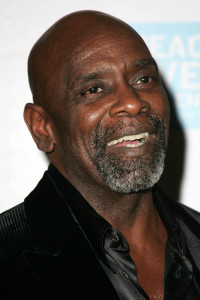 He attributes his success to passion. Gardner is quoted as saying that passion is everything. “In fact, you’ve got to be borderline fanatical about what you do.”

Gardner says he was lucky to find his passion, and that he is able to live it. His passion has driven him to start various initiatives to uplift communities, and he has received numerous awards for these philanthropic endeavours.

But, what is maybe most admirable about Gardner is his devotion to his family. According to Gardner, if there is ever a tie between your work and family, family should win; meetings can be rescheduled, but important family milestones cannot be relived.

When asked what his greatest moment in business was, Gardner responded that it is still coming.
Clearly Gardner is still pursuing Happyness, and it seems to be working very well for him, so take it from the CEO of Happyness:

(Chris Gardner’s Book, Start Where You Are, is available on Kindle.)