As a gay man, I will not support your business if your business is openly homophobic or displays any form of discrimination. As an entrepreneur, however, I understand that marketing to a “niche” or minority market does not always make economical sense. Add political and religious complications to the mix, and it becomes understandable that you prefer to sell your apples far away from the equality parade.

The history of pink money

In 1994, furniture giant Ikea made the groundbreaking Dining Room TV ad. The ad featured a gay couple shopping for a dining room table while chatting casually about where they met and their miscellaneous decor preferences.

Despite the fact that the ad only aired in three American states, and only during late-night slots long after “family-hour”, it was still met with controversy, outrage and calls for boycotts. This was 3 years before Ellen DeGeneres would open the rainbow-coloured doors of Hollywood.

LGBT representation in business and marketing practices has come a long way since then. In the decades leading up to Ikea’s Dining Room ad, the only companies who marketed specifically for the LGBT niche was alcohol and fashion brands.

Today, everyone from Facebook to Pepsi has launched campaigns specifically targeted at the LGBT community. But even in 2016, this does not always come without some form of public pushback and resistance.

Can your small business afford the cost of inclusiveness – and should you even try?

Before you answer this question, it might help to clarify what exactly pink money is.

Pink money is a term that is often used to describe the purchasing power of people in the LGBT community or households headed by LGBT individuals. ‘Pink’ is often added in front of a specific currency to refer to the gay purchasing power in that specific country. Notable examples are the Pink Dollar, the Pink Pound and the Pink Rand.

Over the past few decades, pink money has been lauded as the power behind the success of various music artists like Lady Gaga, Britney Spears, Madonna, Cher and Kylie Minogue.

Who are ‘pink spenders’?

Some activist groups have rallied against the idea that all gay people are high-income earners with no children. Homosexuality is not limited to rich, mostly white, consumers. The LGBT community stretches across all income groups, demographics and territories – some are rich and some poor. Also, with adoption becoming more accessible, an increasing number of same-sex households include children.

What do the stats say?

– The CMI report also indicated that 27% of gay men made the decision to purchase an Apple product purely because of Apple’s pro-LGBT practices, while 21% of gay women bought from Target for the same reason. 74% of LGBT individuals surveyed also refused to support Chick-fil-A because of the company’s anti-gay stance. 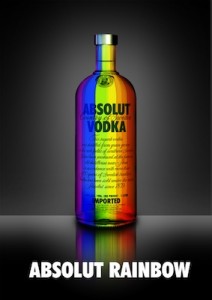 In the mid-90s, car manufacturer Subaru faced a serious decline in vehicle sales. After a number of failed marketing attempts, Subaru of America made the decision to return to the company’s original approach of targeting niche markets. A team was hired to find out who exactly was buying Subaru cars. The research team returned with 5 niche audiences that loved the Subaru brand. Among the 5 groups were teachers, doctors and lesbians.

There were a number of reasons cited as to why lesbian women loved Subaru vehicles: it is big enough – but not too big, its reliability, and the fact that it is not too flashy. They even liked the name, which is Japanese for the star constellation known as the Seven Sisters.

Subaru took a very risky leap in a time dominated by strong hatred towards anyone who did not tick the heterosexual box. The marketing campaigns that followed, targeting lesbian audiences, took Subaru into a new era of strong growth and increasing sales.

That’s all good and well, but not all of us are world-renowned car manufacturers.

LGBT consumers, like most oppressed minority groups, are no doubt very loyal shoppers – and if statistics are to be believed, they have real monetary voting power.

Again, as a gay consumer myself, I would love for every business to put their stamp of support on every single product – even if it is just to show bigots a thing or two. And I will most definitely support your brand if you do this.

As the owner of a small startup, however, I can understand that you are reluctant to take a public stand on a social issue – despite the evidence that a lucrative target market can be reached. Luckily, you can be politically correct without being political.

When Subaru tested the waters in the 90s, they did not jump out of the closet waving rainbow flags on the back of unicorns (excuse the stereotype). Instead, they started with ad campaigns featuring hidden messages of support, like the names of famous lesbian icons on the number plates of cars displayed in newspaper ads, or interesting wordplays that were not necessarily picked up by conservative readers. 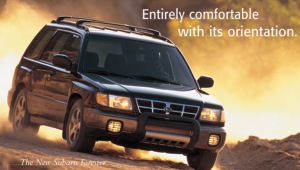 In 2016, hidden messages might not have the same effect. Nonetheless, the Subaru case study still proves that even small signs of inclusiveness and acceptance can be a step in the right direction.

If you want to show the LGBT community that you value them as customers, you can start by, well, treating them like everyone else.

Even in 2016, your staff might require some training when it comes to dealing with diversity.
Like most things, change starts at home. Even before you embark on an inclusive marketing campaign, you need to make sure that your employment policies, hiring practices and general treatment of staff accommodates employees from all spheres of life.

The industry and nature of your business will also dictate what strategies you might want to consider for pursuing pink money. If you are a manufacturer of toothpaste, for example, you don’t have to print the gay flag on your products. You can simply donate to equal rights organisations or display diversity in your advertising campaigns.

On the other hand, if you are the owner of a bed-and-breakfast, you might need to make more bold statements. For example, displaying a notification on your website to state that you are a LGBT-friendly establishment will definitely attract more LGBT customers. Same sex couples are very used to discrimination at hospitality establishments, and would easily rather opt for an establishment that openly guarantees equal treatment of all its patrons.

Truthfully, with current economic, political and social climates across the globe, it is almost reckless and counterproductive to not have your brand publicly supporting inclusiveness and equality. The Human Rights

Campaign offers easy to use advertising guidelines that businesses can use when targeting the LGBT market. Simply put: be inclusive, be sensitive, be confident. 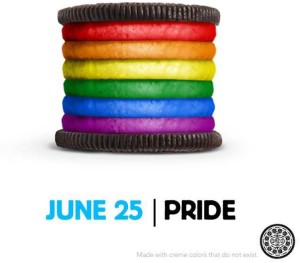