If you’re thinking stokvels are still the traditional small-scale community-based saving schemes of days gone by, you’d be wrong: stokvels have become an industry amounting to approximately R45 billion, consisting of contributions made by some 11.5 million people.

Whilst the principles of the traditional stokvel are still incorporated, it has expanded to include almost half of all black South Africans.

What is a stokvel?

The concept is simple: the members of a stokvel each contribute a set amount (the amount is decided on by the members) on a regular basis, and individual members take turns to receive the total amount contributed.

The stokvel has its origins in the stock fairs of the 19th century, when local residents in the Eastern Cape would put together their money to trade in livestock with the English settlers. The practice became known colloquially as stokvels.

The dawn of apartheid excluded black people from the mainstream economy, which fueled the growth of more informal saving schemes like stokvels, and eventually led to the founding of the National Stokvel Association of SA, or NASASA, in 1988 to protect the various stokvels in operation at that stage.

Today NASASA consists of more than 800 000 stokvel groups in South Africa. Membership is free of charge, and NASASA is a self-regulatory organisation authorised by the South African Reserve Bank.

Stokvels are often formed to facilitate a specific saving goal. Some of these are:

• Contribution stokvels
This is the traditional stokvel that most people know: members contribute a set amount on a weekly, fortnightly or monthly basis, and a lumpsum is paid out to each of the members on a rotational basis. Members can use their money for any purpose.

• Grocery stokvels
In this version cash or grocery coupons are distributed, which members receive when provisions are bought for stokvel parties at the end of the saving period.

• Basic stokvels
This saving scheme focuses on specific events, like Christmas or death.

• Party stokvels
The money collected from members is used to organise street or jazz parties. Food is sold and an entrance fee is charged, and the profits are shared among members.

• Investment groups
This type of stokvel invests money for the interest that is earned. Once an investment pays out, the money is split between members, and sometimes a part is kept to reinvest.

• Borrowing stokvels
Regular pool money is loaned to members and sub-members at relatively high monthly interest rates of between 20% and 50%.

• Purchasing stokvels
The money that is collected is used to buy items that can be used to generate an income for the stokvel, like a marquee to rent out for events and the like.

• Family Stokvels
Money is put invested in formal bank accounts or financial services, and is used to take care of the needs of the family as they arise, but is also used for investment or loan purposes, or to buy land or cars.

Burial societies are also popular saving schemes in South Africa, but differ from stokvels in the sense that payouts aren’t rotational, and members only benefit after being members for a minimum of 3 months.

One might think that the idea of saving schemes like stokvels is archaic and obsolete in a digital age where we often use plastic and the internet as opposed to hard cash to engage in financial transactions.

The benefits of joining or creating a stokvel are, however, rooted in the most basic principles of saving:

• When joining a stokvel, you agree to adhere to the constitution of the stokvel, and, like joining a club of any kind, peer pressure forces you to do what you’ve agreed to do – to save, in this case.
• Stokvels have a very strong social and community component: meetings are held on a regular basis and are often made into occasions.
• Pooled money will earn better interest at a lower cost.
• Planning your finances is easier when you know that you will receive a windfall amount at some stage.
• When you are a part of, for instance, an investment stokvel that trades on the stock market or invests in other ways, you will gain knowledge of the principles of investing and trading. 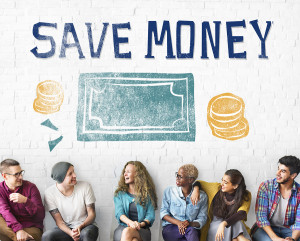 The importance of stokvels in South Africa’s economy

As mentioned in the introduction of this article, the scope of stokvels should not be underestimated.

All four of the big South African banks have products aimed at providing members with a stokvel, with accounts that suit the needs of saving schemes. These include Standard Bank’s Society Scheme Savings Account, FNB’s Stokvel Account, ABSA’s Club Account and Nedbank’s Club Account.

Stokvels are also often a springboard for entrepreneurs to pursue other avenues of business.

Young Women in Business Network is a stokvel-turned financial institution which is aiming high – founder Nthabeleng Likotsi has started a cooperative-style bank under the banner of the YWBN after using the stokvel as an investment company that used the money saved to buy shares at the end of every year.

Today the Young Women in Business Network offers membership after paying a deposit of R10 000 as a share capital fee, and R550 annually as a membership fee. It gives loans and saving offers at competitive rates, and is looking to have R1 million in savings soon to be recognised by the South African Reserve Bank.

For information and advice on starting a stokvel, visit NASASA’s website, or go to the next Stokvel Indaba in your area.